Cricket song fills the air
As daytime turns to night
I’d like to thank the creatures
Who walk by moonlight.

Thank you, Mr. ‘Possum,
For keeping us safe,
Protecting us from ticks
And other bugs that come your way.

Thank you, Mother Bats,
For taking care of the mosquitos.
Summer walks are nicer
When you’re not eaten up like potatoes.

Thank you, Miss Raccoon,
For removing what decays.
Otherwise, it would stink
When the wind blows our way.

Thank you, Mr. Toad,
For knowing what’s polluted.
Since I see you here,
My yard’s clean, you’ve concluded.

Thank you, Mr. Armadillo,
For digging in anthills
To slurp up spicy fire ants
Before they bite my heels.

Thank you, Mrs. Snake,
For catching pesky pests
That might come inside my home
And cause a bigger mess.

Thank you, Mrs. Skunk,
For gobbling up wasps.
My sister is allergic,
And their sting hurts quite a lot.

Thank you to the moths
For pollinating flowers
So butterflies can sleep
In the nighttime hours.

I’d like to say to you,
As the sun begins to rise,
Thank you for what you do
Tonight and every night.

Who I Love to See in My Yard

A group of crickets is called an orchestra. Only male crickets can make their famous chirping sound.

A group of opossums is called a passel, though they prefer to be on their own.

Opossum and possum are different animals. Opossums are found in the Americas, while possums are generally found in Australia. They don’t have much in common other than they have a similar name and are both nocturnal marsupials.

Opossums are immune to Lyme disease, which is spread to humans by ticks. When opossums eat infected ticks, they stop those ticks from spreading disease.

Because they can eat thousands of insects each night, they’re a great natural pest control. Bats are also nocturnal pollinators, helping flowers and fruits to grow. Famously, they pollinate cacao (which is where chocolate and cocoa come from).

A group of raccoons is called a gaze.

Raccoons keep the environment safe and clean by eating carrion which helps prevent the spread of sickness and bad smells.

A group of toads is called an army.

Toads are part of a group called “indicator species.” When there are a lot of toads, the environment is healthy. If they are starting to go away, it means that habitat needs help.

A group of armadillos is called a roll.

Armadillos, which means “little armored one” in Spanish, eat bugs humans don’t like having around, like fire ants, wasps, and scorpions. The burrows they dig are also used by other wildlife as shelter from predators and weather.

A group of snakes is called a den.

Snakes are also on the natural pest control team and help keep populations that breed quickly, like mice, in check. They are generally more afraid of you than you are of them. If you leave them alone, they’ll leave you alone.

A group of skunks is called a surfeit, though they don’t usually hang out together.

Skunks eat all the stuff we don’t want around, like carrion, rotten fruit, wasps, and garden pests. Although known for their stinky spray, they try hard not to use it. They don’t like the smell of it either.

A group of moths is called an eclipse.

Moths find their food at night by smell, while butterflies in the day find their food by sight. Slurping nectar from flowers, they become covered in pollen, which then falls onto other flowers, which helps to create more flowers. This is called pollination.

Carrion is the decaying remains of animals that have died. Animals that eat carrion are called scavengers.

Pollination is how flowers reproduce. The pollen of a male flower makes its way to the female flower through pollinators like moths, bats, bees, and hummingbirds.

Pollution is something introduced to the environment that is harmful. An example can be litter on land, such as trash that didn’t make it into a wastebasket. Air, water, and land are all environments that can be polluted.

Previously referred to as ‘Thank You, Mr. ‘Possum.’

This is still a work in progress.

I’ll be changing the potato line as it’s super polarizing.

I’m still working on my meter and rhyme.

I may likely be changing the bat and toad verses completely.

As always, feel free to let me know your honest feedback. I don’t bite. Hard..ly. I hardly bite. But especially if something is incorrect or incorrect adjacent. We don’t need to be spreading misinformation.

A mix of projects that I feel most
encapsulate my style professionally. 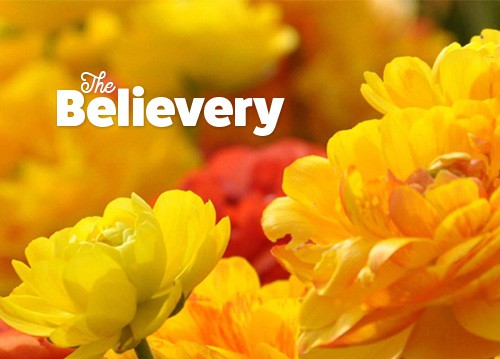